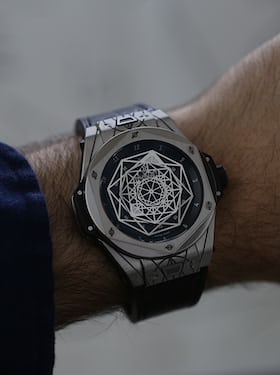 Hublot makes a lot of Big Bang limited editions. Like, a ton of them. This year alone, I’ve spotted at least eight Big Bang announcements in my inbox, each touting some watch that will be produced in limited numbers – and I’m sure there are plenty more that I’ve missed. All of this is to say that despite the seemingly endless parade of limited editions, when I first saw the Big Bang Sang Bleu, I felt the company could be turning the corner. This was a genuinely fresh take on the Big Bang, created in collaboration with someone interesting. I had to get a closer look.

The main criticism Hublot has faced isn’t actually focused on the volume of editions it’s released, but rather the lack of original thinking that has gone into some of them. In many cases, the strategy has been to change the colors on the dial, add the logo of the partner, and maybe create a new strap, all while keeping the bulk of the Big Bang intact. To be fair, the contrary would make very little sense from a manufacturing standpoint. Making completely new components is a big ask, which small productions can’t justify. But that’s another story for another time.

But it’s not unreasonable to expect a degree of novelty from an artistic collaboration, especially when a contemporary artist is involved. Much too often though, we get something that feels a little flat, as was the case when Mr. Brainwash splashed some paint on a unique Big Bang. Failures seems to occur in one of two cases. Either the medium, i.e the watch does not lend itself well to the artist’s style. And while that can be disappointing, it does happen and it would be a little harsh to hold it against the artist or the watch company. Other times, too many people get involved – the watch company has an identity to protect – and that inevitably stifles the creative process.

Which brings us to Hublot’s latest artistic ambassador. 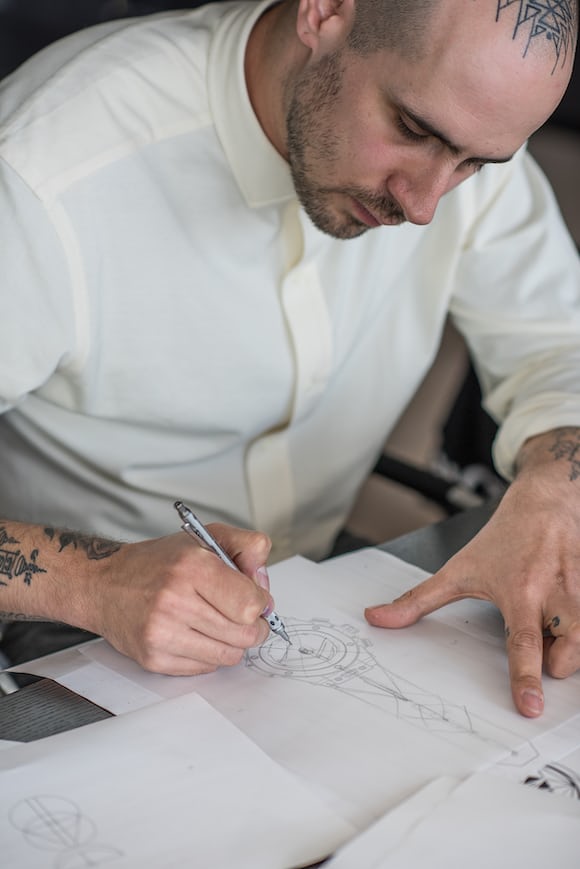 Maxime Buchi, is a 38-year-old Swiss tattoo artist and entrepreneur, and the founder and director of Sang Bleu, a creative studio split between Zurich and London that has turned into a bit of a movement. Since Buchi founded it in 2006, it has spawned a magazine, a fashion brand, and …read more