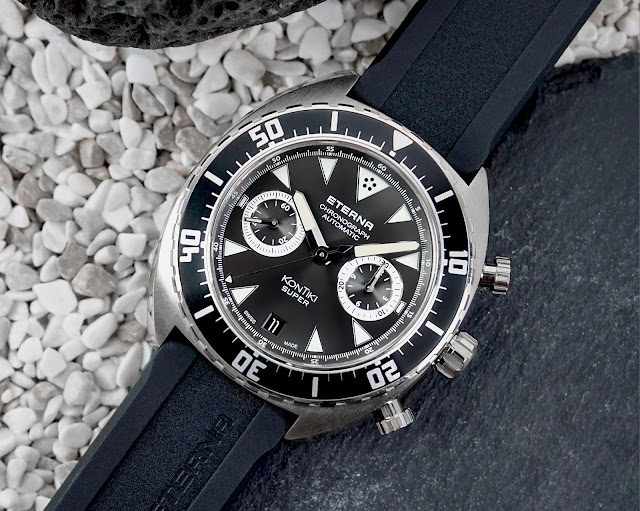 A vintage-style diver’s chronograph powered by an in-house movement, the new Eterna Super KonTiki will make its official debut at

Inspired by the KonTiki dive watch from the 1970s, the Eterna Super KonTiki Chronograph is powered by the calibre 3916A, an impressively spec’ed in-house movement. It’s the latest addition to a line of watches named after the Kon-Tiki expedition, a journey across the Pacific Ocean in 1947 on nothing more than a wooden raft named after the Incan sun god.