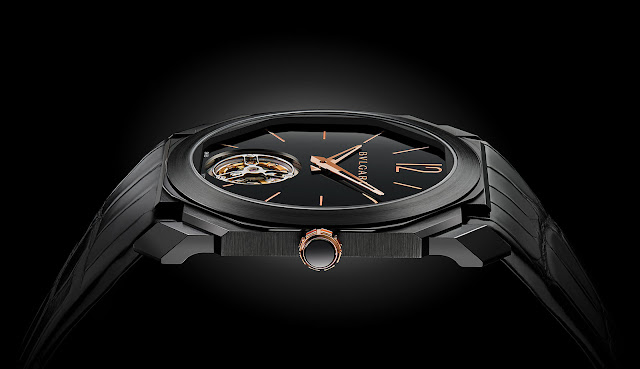 Bulgari has given its Octo an all-black makeover with the Ultranero, featuring a black DLC coating on the case with pink gold accents. It’ll be unveiled at Baselworld 2016, but here’s a sneak peek at the Ultranero line-up, including prices.

Angular and octagonal, the Octo is a distinctive case shape Bulgari inherited from Gerald Genta, the independent watchmaker it acquired in 1999. Bulgari has now made the Octo its own. Slated to be officially launched at Baselworld 2016, the latest iteration of the Octo is the Ultranero in black diamond-like carbon (DLC).