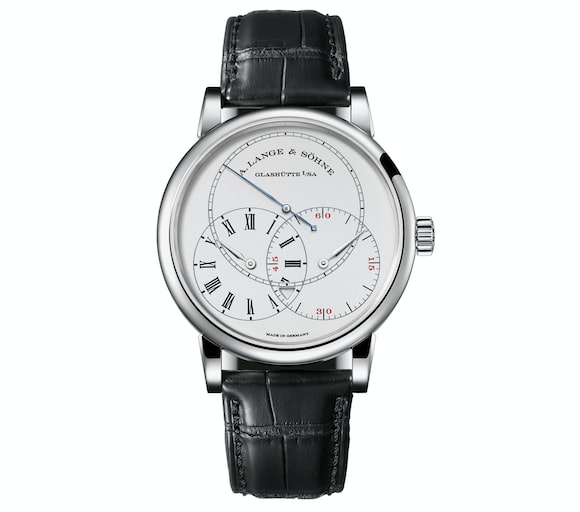 “Jumping seconds” is one of the many alternative terms we’re seeing these days to what is also called a dead seconds (French: seconde morte) or a deadbeat seconds. We’ve covered another variation on the deadbeat seconds pretty recently in our Week On The Wrist coverage of Jaeger LeCoultre’s Geophysic True Second. However, there is a significant technical difference between the two watches. 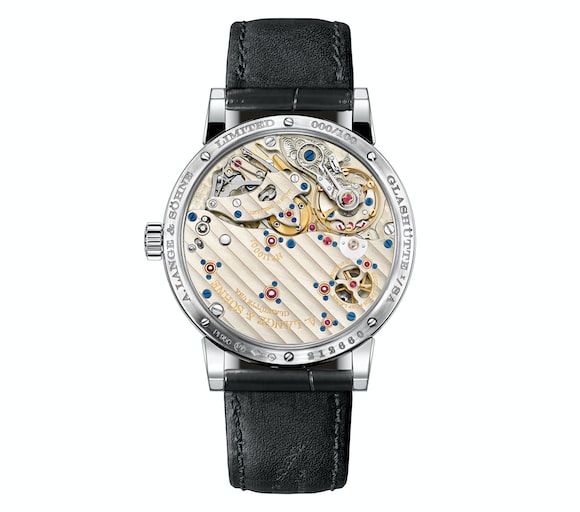 The first thing you notice when you look at the Richard Lange Jumping Seconds is the dial arrangement. It’s similar in certain respects to that of the Richard Lange Tourbillon Pour Le Merite (check out our coverage of the 2011 launch here) in that there are three intersecting circles anchoring the composition (this arrangement is based on a pocket watch by Johann Seyffert, from 1807).

However, the RL Tourbillon Pour Le Merite is a standard regulator-style display, with the largest circle occupied by the minute hand. In the RL Jumping Seconds, the largest of the three circles is for the jumping seconds hand instead, the better to emphasize it, and make it more dynamic. 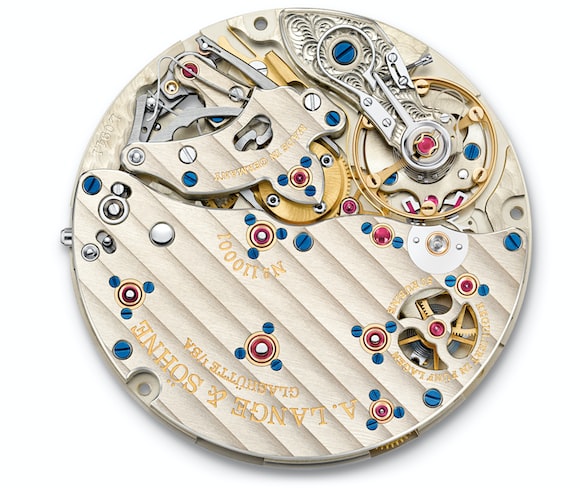