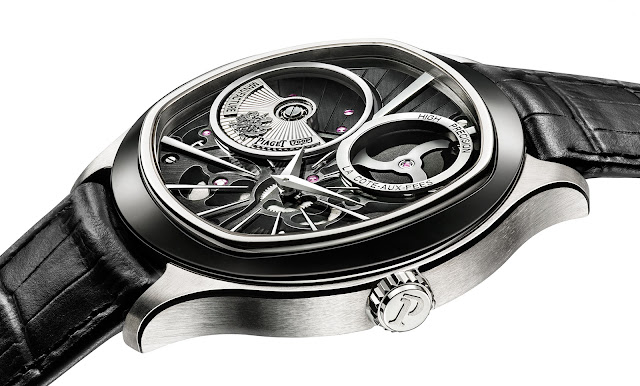 Soon to be unveiled at SIHH 2016, the Piaget Emperador Coussin XL 700P is powered by a new hybrid movement with traditional automatic movement with a quartz oscillator. Here’s the scoop, along with official pricing.
Piaget celebrates the 40th anniversary of its first in-house quartz movement at SIHH 2016 with the Emperador Coussin XL 700P, powered by a quartz movement that integrates traditional mechanics, a peculiar combination of novelty and tradition. The calibre 700P has automatic winding, as well as a wheel train that drives the hands, but instead of a traditional Swiss lever escapement it’s fitted with a quartz oscillator, making it a hybrid of new and old.