For a brand that has only been around for a little over 16 years, F.P. Journe has developed a sizable following among serious watch collectors. As such, every subtle variation, nuance, and change is noted with great interest. Today’s announcement celebrates one such change – and in a very dramatic way.

When the brand started selling watches back in 1999, F.P. Journe watches were only available in 38 mm cases. A few years later the 40 mm size was introduced and the majority of watches to follow were available in both case sizes. The 38 mm was the traditional choice of purists, but things change. From now on, watches in the Journe collection will only be available in 40 or 42 mm cases (with the exception of the Chronometre Bleu, which is still 39 mm). 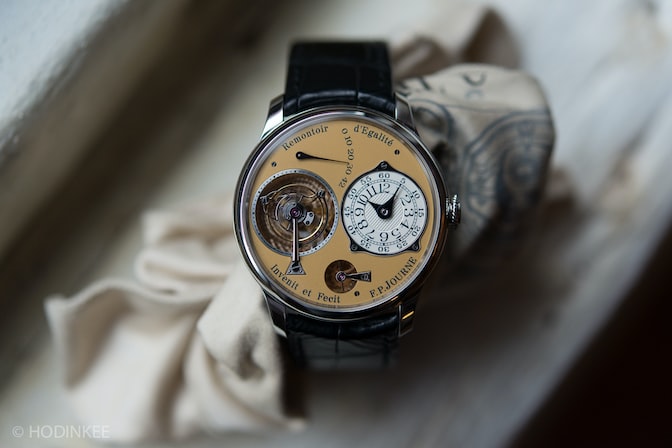 To commemorate the end of 38 mm watches, F.P. Journe has unveiled a box set of five watches, and here’s the awesome part – they in 38 mm stainless steel cases with bronze-colored dials! Discounting their chiming watches, Journe’s dress watches are only available in red gold or platinum cases, so this is the only time any of the watches in this collection has been offered in steel. Production will be limited to just 38 sets, each of which will come in a special box engraved with the name of the owner. 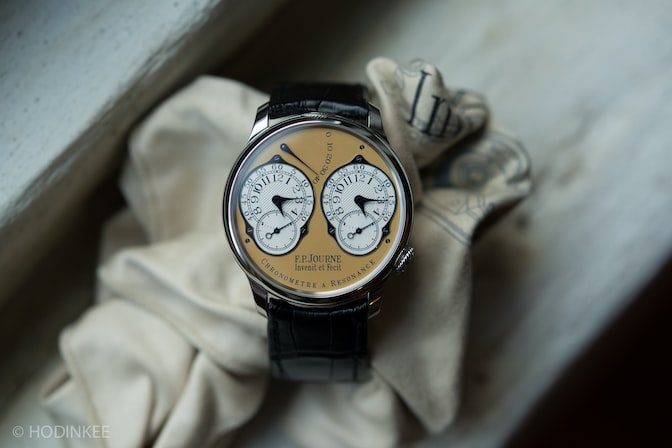 The watches included in the set are:

Another great thing about this set is that four of the five watches are discontinued, thus this is possibly your last chance to purchase them new. 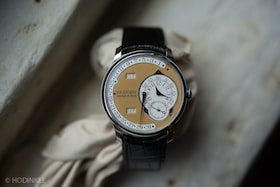 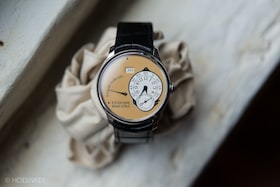 The Tourbillon Souverain in the set is the original version, which was never made with a gold movement and was discontinued in 2003, to be replaced with the dead seconds version we know today. The Chronomètre à Résonance has the original symmetric dial, which was discontinued in 2010 and replaced with the asymmetric version that includes a 24-hour sub-dial. While its movement is indeed gold, you can still see the barrels that are typically hidden in the modern Resonance. The Octa Reserve de Marche and Octa Calendrier – two tenets of the Journe collection – were both discontinued 2014. Among the pieces in this special set, only the Chronomètre Souverain is still being made.