Modelled on a classic of East German watchmaking, the Glashütte Original Senator Sixties takes after the Spezimatic wristwatch made by state-owned VEB Glashütter Uhrenbetriebe (GUB). The Senator Sixties stays true to the aesthetic of the original, has the quality of a modern high-end timepiece, instead of a 1960s product of Communism. Originally available in the conservative colours of black, blue or silver, the Senator Sixties is now livened up with five new dial variants featured vividly coloured galvanic coating.

Manufactured in Glashütte Original’s facility in Pforzheim, a city near the Black Forest that’s the traditional home of German clockmaking, the new dials feature what Glashütte Original terms a dégradé effect. French for “degraded”, it refers to the slightly aged look of the dials, an effect that requires multiple steps to achieve.


The dial blanks are first galvanised, then hand-painted with several layers of lacquer. Lastly, the finishing coat of lacquer is added with a spray gun for a graduated effect, most apparent in the striking colours of the Sixties Red (above). 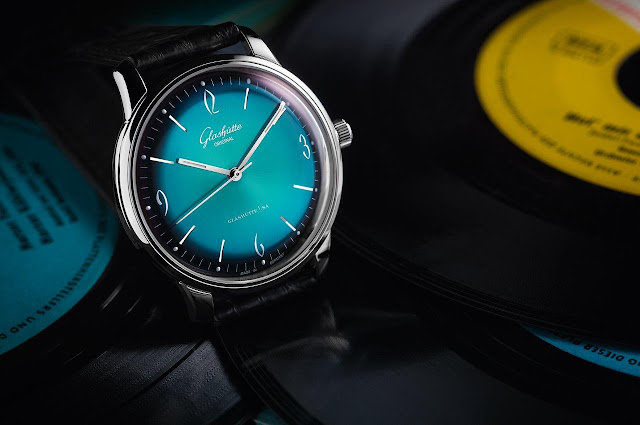 Three of the dials – Sixties Golden, Sixties Aqua and Sixties Red – feature with a sun ray brushed finish. Sixties Brown and Sixties Grey are decorated with a stamped guilloche, applied with a 40-year old, 60-tonne press. 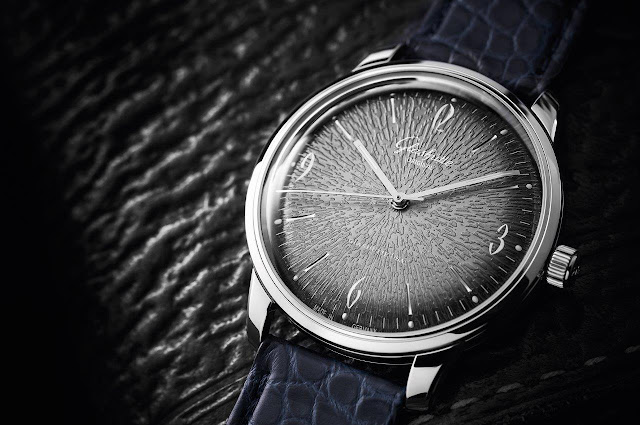 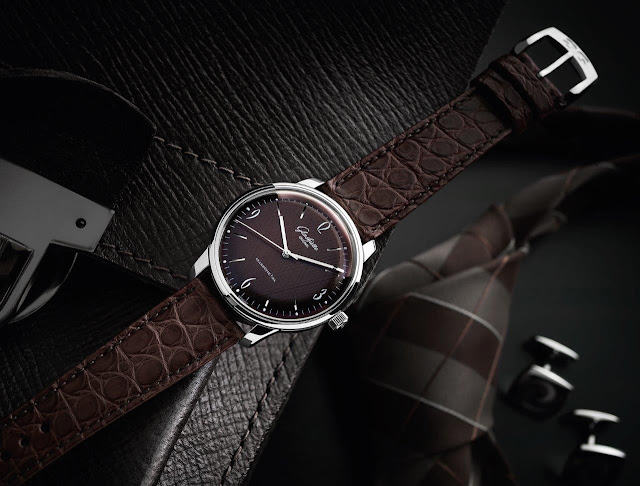 The rest of the watch is identical to the Senator Sixties watches in more sober colours. The case is steel, 39mm in diameter, with a domed sapphire crystal that successfully mimics the look of the Plexiglas on the vintage original. Inside is the calibre 39-52, an automatic movement with a 40-hour power reserve that’s made in-house by Glashütte Original. The brand makes all of its own movements, its vertical integration a result its isolation from suppliers during the Cold War.

Pricing has yet to be announced but expect it to be slightly more than the US$7500 of the silver dial model. The Sixties Iconic Collection will be available only at Glashütte Original boutiques and select Tourbillon boutiques (which are …read more