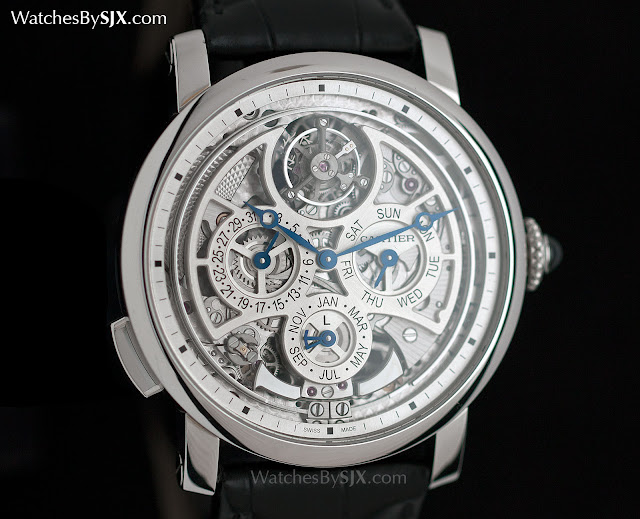 While the Crash Skeleton was by far the coolest watch introduced at SIHH 2015, the US$620,000 Rotonde de Cartier Grande Complication Skeleton was the most impressive. It is an old school high complication, with traditional complications stacked up inside the movement, instead of an exotic or avant-garde movements in the vein of Greubel Forsey.

Traditionally grand complication means a chronograph, perpetual calendar and striking function, like the A. Lange & Söhne Grand Complication for instance. But instead of a chronograph, the Rotonde de Cartier Grande Complication Skeleton has a flying tourbillon regulator, which helps keep it unexpectedly thin.

Comprised of some 578 parts (an ordinary, time-only movement has about 100 parts), the 9406 MC movement is a surprisingly slim 5.49mm high. By comparison, the Lange Datograph chronograph movement is 7.9mm high. And the Jaeger-LeCoultre that’s the thinnest minute repeating watch on the market has a movement that’s 4.8mm high, equipped with only a repeater and tourbillon.

The compact dimensions of the movement were accomplished with clever movement construction, like making the components of the movement as wide and flat as possible. But everything about the movement is still solid, old fashioned watchmaking, from the materials (steel and brass) to the mechanics of the complications. 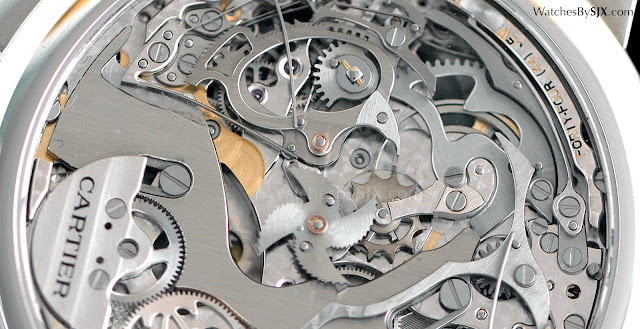 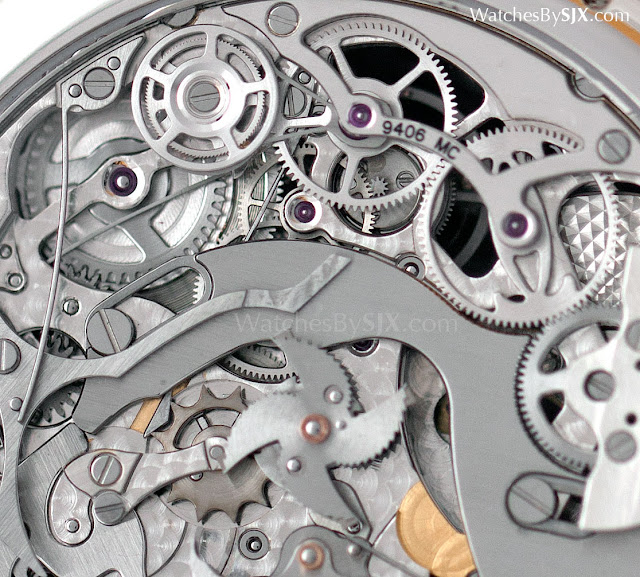 Although this is a skeleton watch, with an open-worked dial and movement, the density of the movement means it’s not quite transparent. Instead the skeletonisation reveals the detail of the movement, most notably the mechanics of the perpetual calendar in front. On the rear the entirety of the minute repeater mechanism can be seen.

Beyond the complications, the Rotonde de Cartier Grande Complication Skeleton is also automatic, wound via a micro-rotor. It’s a …read more