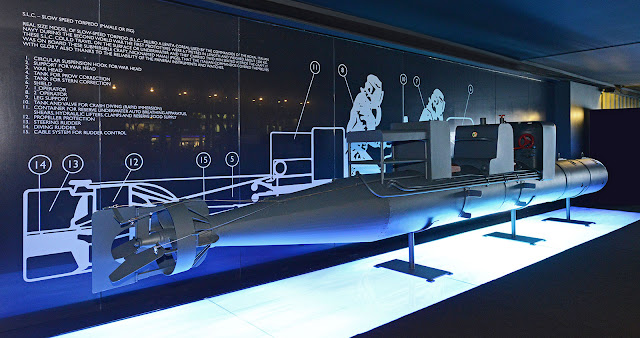 Rare vintage Panerai wristwatches and instruments that chart the evolution of the the brand from Radiomir to Luminor are on display at History and Legend in Singapore. We explain Panerai’s storied maritime past with these exhibits.

Open from August 27 to September 6, 2015, History and Legend is an exhibition dedicated to Panerai history that includes 10 vintage wristwatches and instruments made for the commando frogmen of the Italian navy. The vintage exhibits span some 30 years, starting with the origins of the Panerai wristwatch with the Radiomir ref. 3646 in the 1930s to wrist compasses from the 1960s. These provide a tangible lineage for the modern Panerai timepieces, including all the Submersibles and also the Tourbillon GMT pocket watch.


Panerai was already a manufacturer of instruments for the Italian navy, and delivered the first prototype wristwatch to the navy in 1936. These were intended for the navy’s commando frogmen, most famous for their exploits on the Siluro a Lenta Corsa (SLC), a human torpedo. Nicknamed maiale, or pig, the SLC was steered to an enemy ship and its detachable warhead fixed to the ship’s hull. A full size replica of the SLC is on show at History and Legend.

The earliest watch on show is a Radiomir ref. 3646 Type A the dates from 1938, one of a small number of exhibition pieces made with an engraved bezel and display back. The Radiomir moniker comes from the radium used as luminous material on the dial, which is made up of two discs: the upper layer with the numerals and markers cut out, and another disc underneath coated with radium. What was originally a black dial has discoloured to a pale caramel colour (something collectors refer to as “tropical”), a process caused in part by the radium.


As with all other early Panerai, these were made by Rolex for Panerai. The Radiomir cases are essentially extra-large, 47mm Rolex Oyster cases with screw-down crowns, while vintage Panerai watches were either equipped with Cortebert or Angelus movements. The Radiomir above is equipped with a hand-wound Rolex calibre, based on an ebauche (movement blank) made by Cortebert, a movement manufacturer.


The other vintage Radiomir on display was made in 1940. Also a ref. 3646 manufactured by Rolex, this was made for divers of the German navy. The unsigned dial was intentional, to avoid identification of the origins of …read more