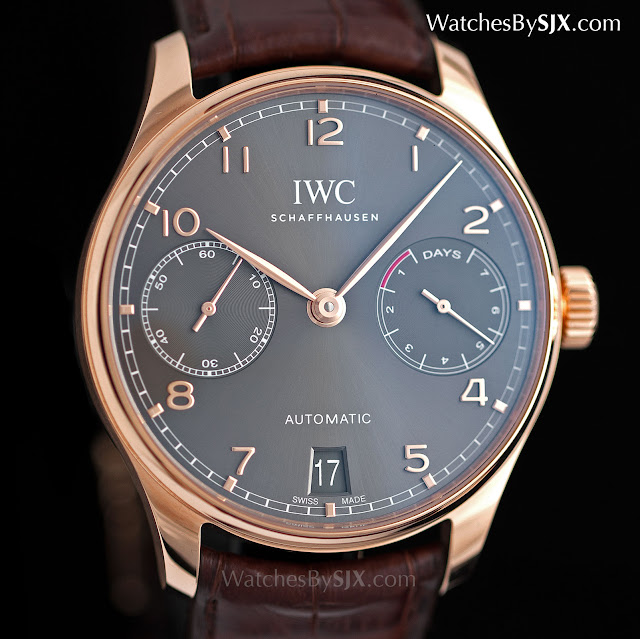 A modern classic with practical feaftures, the IWC Portugieser Automatic 7-Days is now in its second generation, featuring a newly developed movement but retaining its distinctive aesthetics. And best of all, it still costs the same as before.

Self-winding with a week long power reserve, the IWC Portugieser Automatic has a date and power reserve display, making it an eminently practical timepiece. The second generation introduced at SIHH 2015 is visually unchanged from its predecessor, but is equipped with the newly developed calibre 52010. Functionally the movement is identical to the outgoing calibre 5000, but boasts significant improvements, including the winding pawls and wheel in black ceramic.

Because the latest generation looks and feels exactly like the previous one, it could be criticised as lacking in creativity. But it’s hard to better the symmetrical, functional and distinctive design of the Portugieser Automatic, so the new generation remains reassuringly familiar. 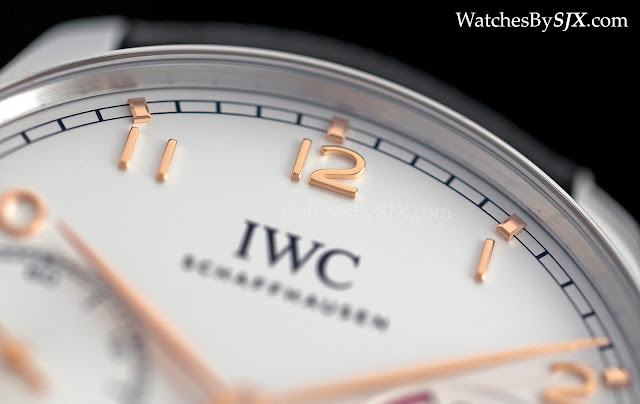 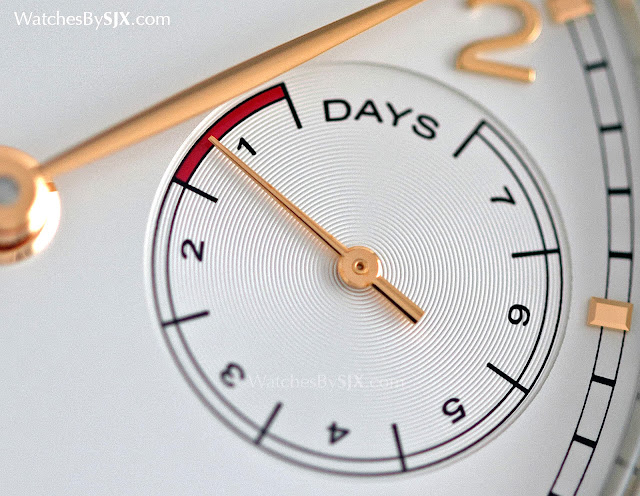 Originally introduced as the Portuguese 2000 with the calibre 5000 back in the year 2000, the Portugieser Automatic is quintessentially IWC, large, practical and well engineered. At the time of its launch, the calibre 5000 was a landmark, both the largest automatic movement in production, and also boasting the longest power reserve of any self-winding movement. Amongst the last watches to feature the calibre 5000 is the limited edition, steel Portuguese Perpetual Calendar.

In many respects the new Portugieser Automatic is similar to the revamped Lange 1, visually identical but powered by a new movement that’s definitely more modern, arguably superior, but perhaps like charming.

One of the key improvements in the calibre 52000 movements is the ceramic Pellaton winding mechanism. Named after its inventor Albert Pellaton, the technical director of IWC for 22 years, the winding mechanism is a simple and efficient system uses a rocker and cam with pawls for bidirectional winding. While operating on the same …read more