This week’s Bring A Loupe will be all about amazing vintage watches, featuring many of my absolute favorites, soon to become yours too. You will discover a Royal Oak in platinum, some of the greatest pre-Daytona chronographs from Rolex, and plenty of mythical Movado, LeCoultre, and Universal Geneve watches as well. In my auction picks I also identified two questionable lots, but rest assured that the other pieces will more than make for the early disappointment. This is your Bring a Loupe for July 24, 2015. 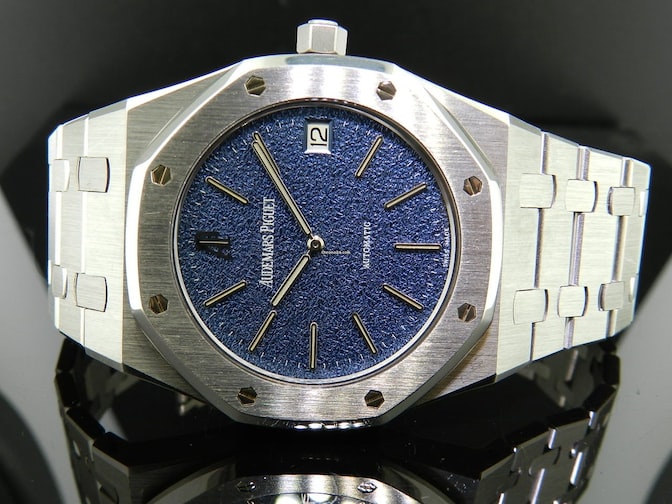 This might be the ultimate Royal Oak, we did warn you four years ago. It looks almost like any other regular Royal Oak Jumbo until you focus on the dial. Surprise, the traditional tapisserie pattern is gone but there is a good reason: this Royal Oak is in PLATINUM! This model was intended as a celebration piece for the 125th anniversary of Audemars Piguet but it met with very limited enthusiasm back in 1999. Only eight examples have ever been manufactured, which makes it infinitely more rare than any 5402 A-Series.

Snap it while you still can here. Also be careful to not confuse this watch with the 1992 Anniversary platinum version. These earlier 20 pieces bear the exact same reference number but do not exhibit the same blue stone dial.

A Familiar Compur From Universal Geneve With The Coolest Strap Ever 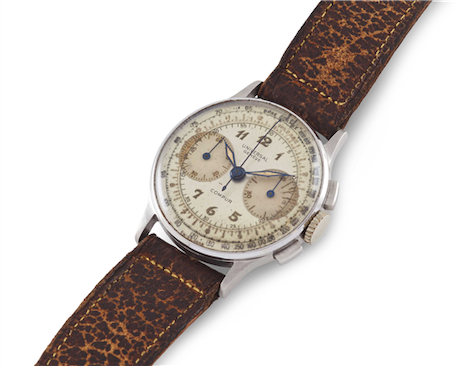 You might remember this chronograph from our feature a year ago when it sold on eBay here. Thankfully, it kept its killer look with the incredible Breguet numerals and the very large and enticing registers. It was an amazing recommendation a year ago and remains so today. I still can’t believe that it is fitted with a Universal Geneve strap that might very well be original to the watch so close to 75 years old!

This beautiful chronograph Compur is available on Christie’s Watch shop here for $5,900.

A 1950s LeCoultre Futurematic With The Coolest Dial And Movement 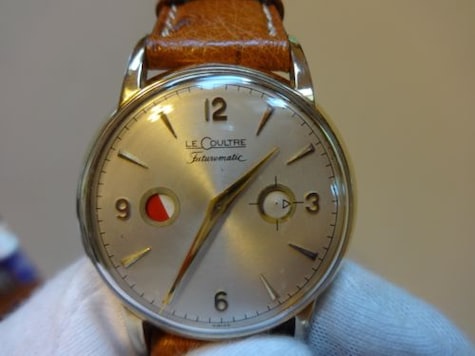 Usually, I would not recommend a gold plated watch as the unforgivingness of the thin gold layer scares me. But this Futurematic is way too nice! This model from Jaeger-LeCoultre remains one of the most interesting yet undervalued vintage pieces. The example here features the most coveted dial, nicknamed the porthole after its distinctive power reserve on …read more