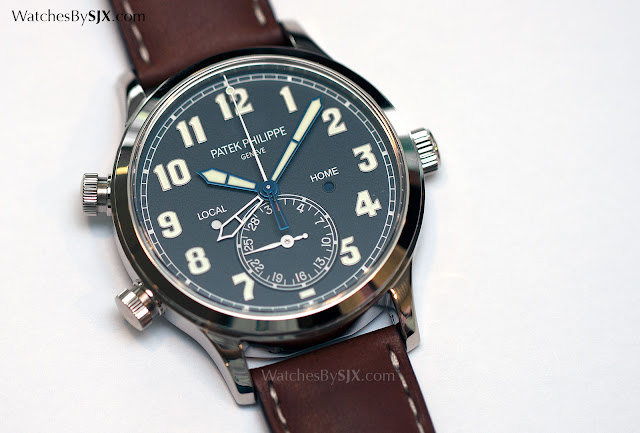 Introduced at Baselworld 2015, the Calatrava Pilot Travel Time Ref. 5524G is the most controversial new release from Patek Philippe this year. Despite being drastically different from any other contemporary Patek Philippe, the Ref. 5524G not so much radical as it is generic.

Eliciting reactions ranging from ambivalence to outright loathing, the Calatrava Pilot Travel Time Ref. 5524G has managed to garner plenty of publicity for Patek Philippe. The reason the Ref. 5524G is controversial is its styling, which departs radically from anything else Patek Philippe has to offer.


Patek Philippe rightly claims to have some history in making aviator’s timepieces, having made two prototype pilot’s watches with hour angle dials in 1936 (one sold for US$1.7 million in 2009). Its great rival Vacheron Constantin also produced three similar watches in the same period.

But the new Pilot Travel Time looks nothing like those prototypes. Amongst the accusations levelled at the watch is that it resembles the Zenith Pilot watches. That is true, but unfair, because the look of the Zenith Aeronef Pilot watches is a generic one, common to early aviation watches of the 1920s. Similar watches were made by Omega, Helvetia and several other firms.

If anything the Pilot Travel Time is derivative and anodyne. It looks like a generic pilot’s watch.


But like any other modern Patek Philippe wristwatch it is well made. The dial in particularly is well detailed and high quality, probably more so than any other aviator-style watch on the market.

The dial isn’t actually black, instead it’s a very, matte blue. The best part of the dial is the hour markers which are applied Arabic numerals made of solid white gold and filled with Super-Luminova. 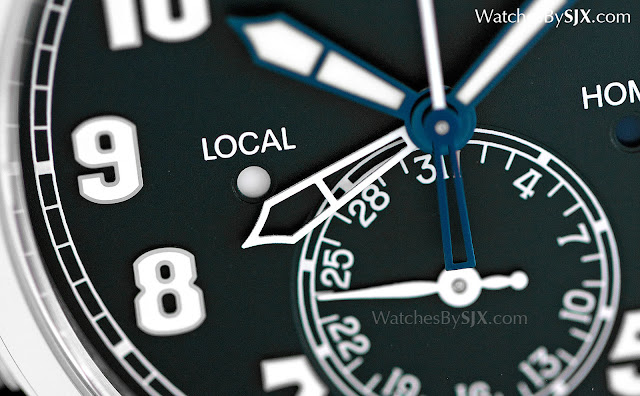 Mechanically the Pilot Travel Time is identical to the other Patek Philippe Travel Time watches, with the same calibre Caliber 324. It’s a small movement with a regrettably short power reserve of between 35 to 45 hours. Because the movement is only 31mm in diameter, while the case is 42mm (making it one of the largest Patek Philippe watches), the view from the back is a disparate one. 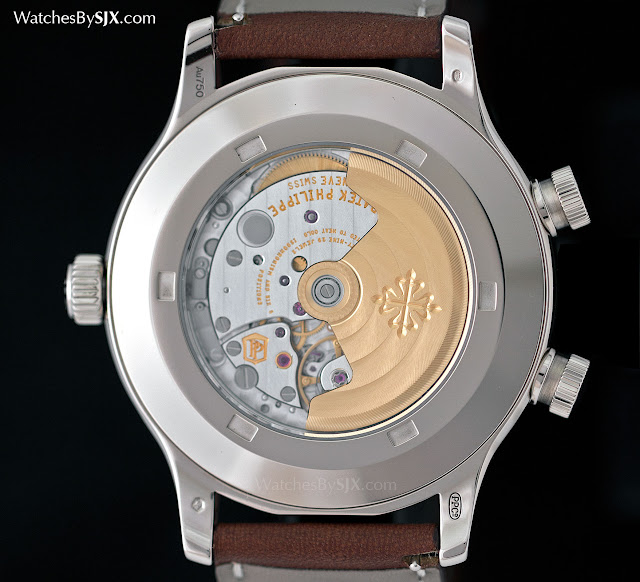