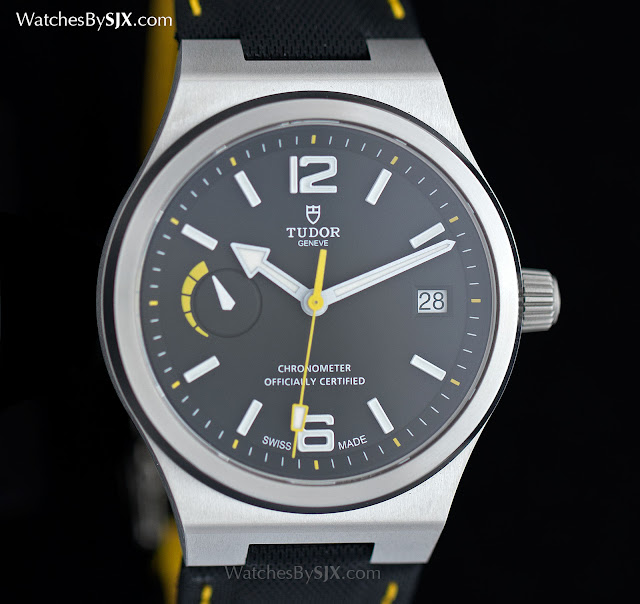 The North Flag represents many firsts for Tudor: it’s equipped with the brand’s first in-house movement visible through its first display back. And it has a power reserve indicator, yet another first. But more important the North Flag has a well constructed movement with useful features, packaged inside an high quality case – at an affordable price.


Most most of its history Tudor relied on a straightforward formula: watches in Rolex Oyster cases with ETA movements inside at a lower price point than its big green brother. That began to change in 2009 when current chief executive Philippe Peverelli took the helm, introducing popular vintage-inspired watches like the Black Bay and Heritage Monte Carlo. The aesthetic changed for the better but Tudor still relied on ETA movements (with the odd alarm module made by Soprod in its Heritage Advisor).

The North Flag is a departure from that. It’s a fresh design with the MT5621 movement inside, the very first movement made by Tudor. The look of the North Flag is inspired by the Tudor Ranger II of the 1970s, but fortunately it is not another replica of a vintage watch. When it does bring to mind the 1970s, the North Flag brings back good memories; the integrated bracelet look is reminiscent notably the Genta-designed Patek Philippe Nautilus and IWC Ingenieur SL.

Despite being modestly sized by today’s standards – the case is 40mm in diameter – the watch feels solid. Everything about the case – finishing, form and detailing – is pleasing to the eye and hand. That being said, this is expected of Tudor (and Rolex of course); I can’t think of a watch from either where the case is poorly made.

The construction and finish of the case is impressive, with straight and precise edges all round. Though the case is entirely brushed throughout, missing the finer details like a polished lug bevel found on watches like the Monte Carlo, it looks and feels good. And the ceramic ring in between the bezel and case highlights the dial. 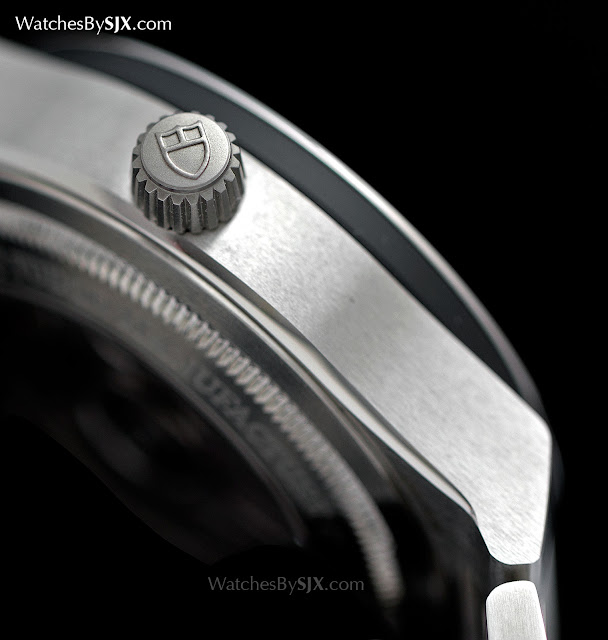