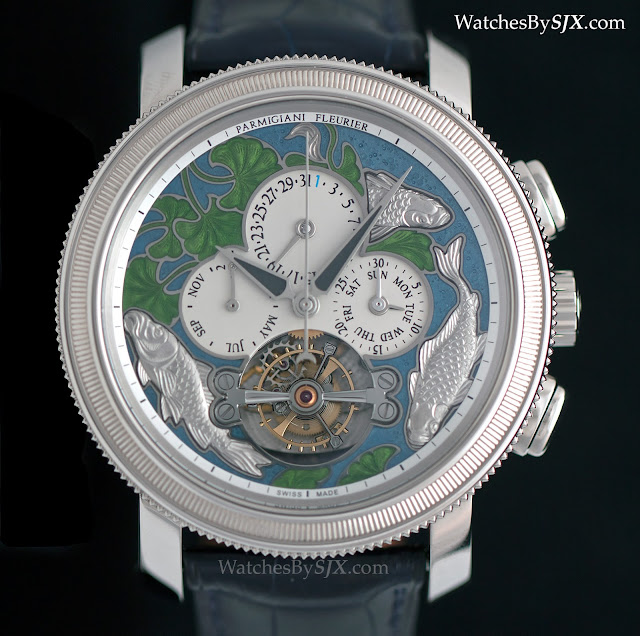 An old school grand complication that’s hand engraved and enamelled inside and out, the Parmigiani Tecnica “Les Carpes De Sandoz” rolls up many of the artisanal crafts in watchmaking, all for a cool million dollars.

Equipped with a chronograph, perpetual calendar and minute repeater, the Parmigiani Tecnica “Les Carpes De Sandoz” is decorated with a carp motif, executed in enamel and engraving. This elaborate creation is a tribute to Edouard-Marcel Sandoz, founder of the Sandoz Family Foundation, the non-profit that owns Parmigiani.


Edouard-Marcel Sandoz was the son of the founder of Sandoz SA, a Swiss pharmaceutical firm that was merged into Novartis. A noted sculptor, Sandoz was particularly fond of animal forms, explaining this carp themed grand complication.

An ornately decorated, traditional grand complication such as this is not something widely seen today. Highly complicated watches tend either to be heavily decorated with modern movements, like the Patek Philippe Grandmaster Chime, or entirely avant-garde, Urwerk for instance.


The Tecnica “Les Carpes De Sandoz” is a large watch, with a massive white gold case that’s 46.70mm wide and 16.82mm high. That accommodates the 586-component movement, as well as the decoration all over the case.

The PF352 movement inside is hand-wound with a traditionally constructed chronograph (meaning lateral coupling and column wheel), as well as a tourbillon regulator. 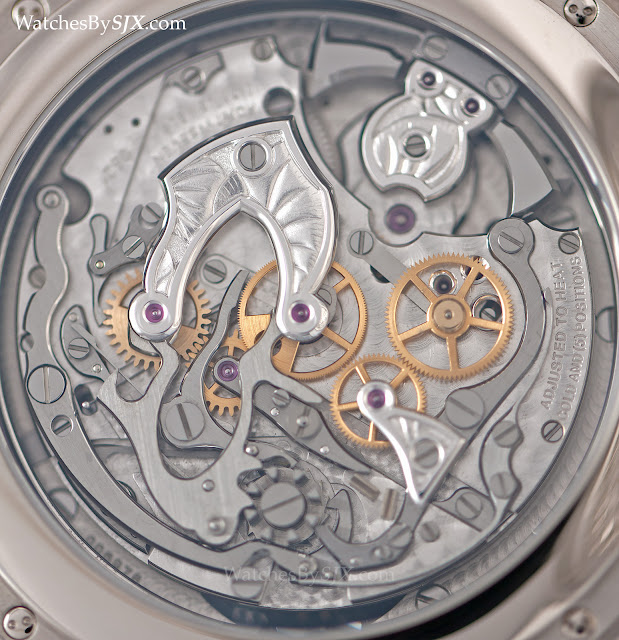 It also features a minute repeater with cathedral gongs that circle the movement twice, instead of once as with conventional gongs. The extended length of the gongs produces sound with more resonance and reverberation, though that can come at the price of diminished clarity. 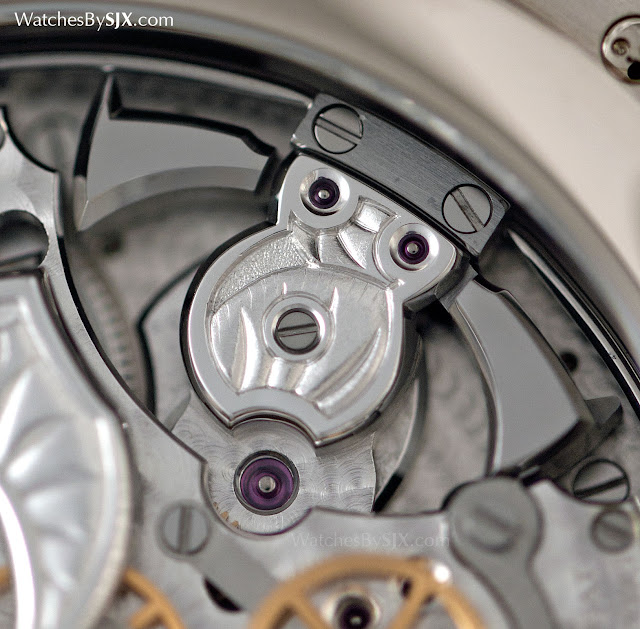 As is expected for Parmigiani the movement is decorated extremely well. Examples of the exemplary finishing include the hammers of the repeater (pictured above), which are black polished (a technique detailed here) and bevelled.


But the decoration goes beyond conventional haute horlogerie finishing, with the bridges engraved with a waterlily leaf motif. That engraving continues onto the case, which is engraved on the lugs and back.